The Importance of Role Play in the Early Years

“Fantasy is hardly an escape from reality. It’s a way of understanding”. Lloyd Alexander
In the early years, dramatic play is closely connected to children’s everyday lives, where they can act out familiar roles. Through both real life and and fantasy role play, children will develop personal, social and emotional development and language skills. They can then begin exploring feelings, understanding relationships and negotiating roles. Children learn from experience: from what happens around them, from what they see, hear, smell, taste and touch. To absorb those experiences and make sense of the world, they need to be engaged in imaginary play.

Occupational role play is when children take on occupational roles such as doctors, nurses, teachers, builders and so forth. By engaging in this play, they are naturally building their communication and problem-solving skills as they discuss situation they face in their imagined job role. Taking on these roles also encourages empathy among children. 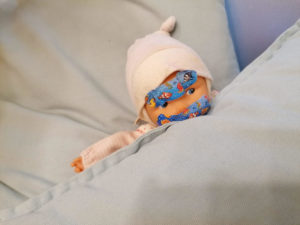 Real life role play acts out real life situations such as construction play, where children are building, constructing and deconstructing. This play allows children to experiment and investigate their surroundings while learning about their real environment. 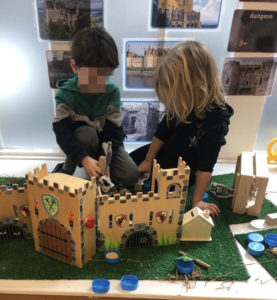 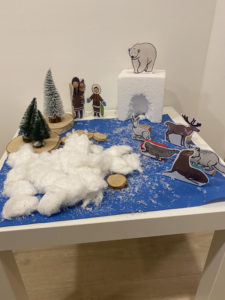 Fantasy role play is an important element of play. Children are naturally fascinated by superheroes, knights, dinosaurs, princes and princesses, especially characters that represent good and bad. When children act out these character roles, they begin to understand right from wrong, negotiating character roles of the ‘good guy’ and the ‘bad guy’. By role-playing their favourite book characters, their creativity is sparked while encouraging bravery and confidence. 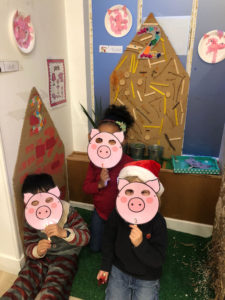 This is not only important in problem solving, but even later in life a good imagination helps you enjoy a good book, plan for pleasant things in life or simply understand other people’s point of view on various aspects of life.

Children’s capacity for creative thinking and cognitive flexibility is closely linked to role play. Albert Einstein said “Logic will get you from A to Z but imagination will get you everywhere”. Imagination and creativity are the foundation for groundbreaking ideas and technological advances. Imaginative play is more than children having fun. The ability to make one thing stand for another and to picture things that are not there, are critical features in the growth of both thought and language.

Role play helps children to learn conflict resolution, when negotiating roles, they may disagree and need to brainstorm for a solution together, thus learning about valuable teamwork skills. During an imaginative play setup, children must interact with others and experiment with a role of a person or character, making it possible for children to empathise with their chosen character

Imaginative play allows children the possibility to incorporate narrative into their play. As their play develops, children’s play and the narratives they develop become more complex. These narratives form the basis of reading and writing. When children are interacting together, they learn new words and expressions from those around them, whether it be other children or staff supporting their play. As they use this acquired
vocabulary, they become confident communicators and learn to listen to others.

Role play naturally produces scenarios that young children haven’t faced yet. Therefore they have to think outside the box for a solution. Thus, they begin to develop their problem-solving skills, especially when roleplaying in a group.

Through role-play, children are engaging and developing their hand to eye coordination, fine and gross motor skills.

How we Develop Role Play in the Early Years Setting

• Sit back and observe the learning, and creative development before intervening: This will ensure that our intervention is not disrupting the story they are telling or enacting. Once we know the scenario that they are acting out, staff can extend the learning in a focused way.
• Ask the children focused, open ended questions: Role play does not have a right or wrong answer
• Take on a role / join in children’s role play if invited: This gives value to their play and reinforces the nature of role play as transformative and accessible, you have become someone else too.
• Support Role Play Outdoors: role play does not need to be confined to a specific area and some children are more likely to engage in role play in outdoor environments 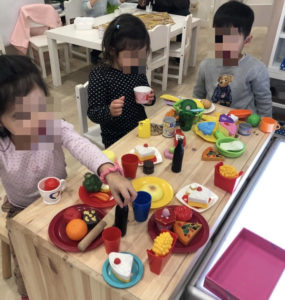 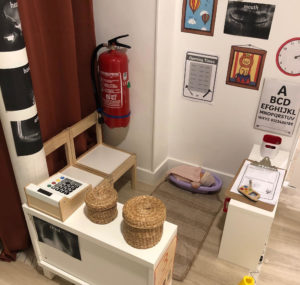